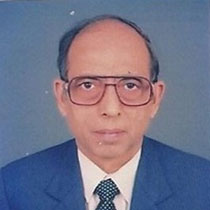 ACHIEVEMENTS:
- Dr. Gulshan Kumar Ahuja is an eminent Neurologist with a vast experience of 57 years.
- His expertise in Neurology is well acclaimed nationwide with prominent acknowledgement from other parts of the world and has been a Visiting Professor in the USA and Libya and other Prime Institutions within the country.
- The doctor takes special interest in treatments including Brain mapping, Transcutaneous Electrical Nerve Stimulation and other Electroconvulsive Therapy.
- Dr. Ahuja is a recipient of the “Lifetime Achievement Award” for Neurology awarded by Delhi Neurological Association.
- Dr. Ahuja is a Member of multiple reputed organizations such National Academy of Sciences, National Academy of Medical Sciences (MNAMS).
- He is one the founding members of the Indian Academy of Neurology and has been a President of the organization.
- Dr. Ahuja has been an Expert member on the Selection Committee of Union Public Service Commission, UP Public Service Commission, National Institute of Mental Health and Neuro-Sciences (Bangalore) and Post Graduate Institute of Medical Education and Research (Chandigarh).
- His contribution towards NeuroSciences is noteworthy with experiments and case studies in different parts of the world. He is also credited for studies and observations made towards certain extremely rare Neuro-associated disorders that have been documented and acknowledged by other prominent researchers across the country, and is acknowledged by Journals worldwide.
- Dr. Ahuja graduated MBBS from Amritsar Medical College (1961) with an MRCP (London, 1968) and FRCP (Edinburgh) in Neurology and is also a Fellow member of Indian Academy of Neurology (FIAN, 1996) and National Academy of Medical sciences (MNAMS).